Reverence, visualizes the designer, Mohanad Kojak’s, deep respect and honor for his beloved lost grandmother. Kojak objectified his feelings towards her loss by designing magnificent garments that were inspired by her flamboyances, ambiances, and milieus. The haute-couture collection is an abstract edition of his vision of his treasured grandmother, which is unlike his blunt approach in the RTW PRE SS'20 collection. The designer was simulated by the ruffles of the curtains that existed ever since, he states, “I laid eyes on her place”. These ruffles were not only on the curtains; “they were also placed on the upholstery of the couches”. Kojak, designed outstanding dresses using condensed layering of taffeta and tulle ruffles, with scattered feathers. He designed altered silhouette to these ruffled panache garments, in fuchsia, blue, and black. The outstanding figure of the peacock that is present in two garments of the collection is inspired by an alluring illustration of peacocks in one of the designer’s Grandmother’s kitchen appliances. The charmingly hand-embroidered technique of the peacock is inspired by the “Macintosh Quality Street” chocolate box, that was always filled with tailoring tools and never chocolate, that was always held by his grandmother. The collection also features a high-low exuberant voluminous fuchsia gown, a lime green pleated tulle dress, epaulet structured gowns, feather tops, exquisitely embroidered fabrics complementing chiffon dresses, and trousers. This collection is for the royals, the duchess, the splendors, who seek luxury and extravagance. 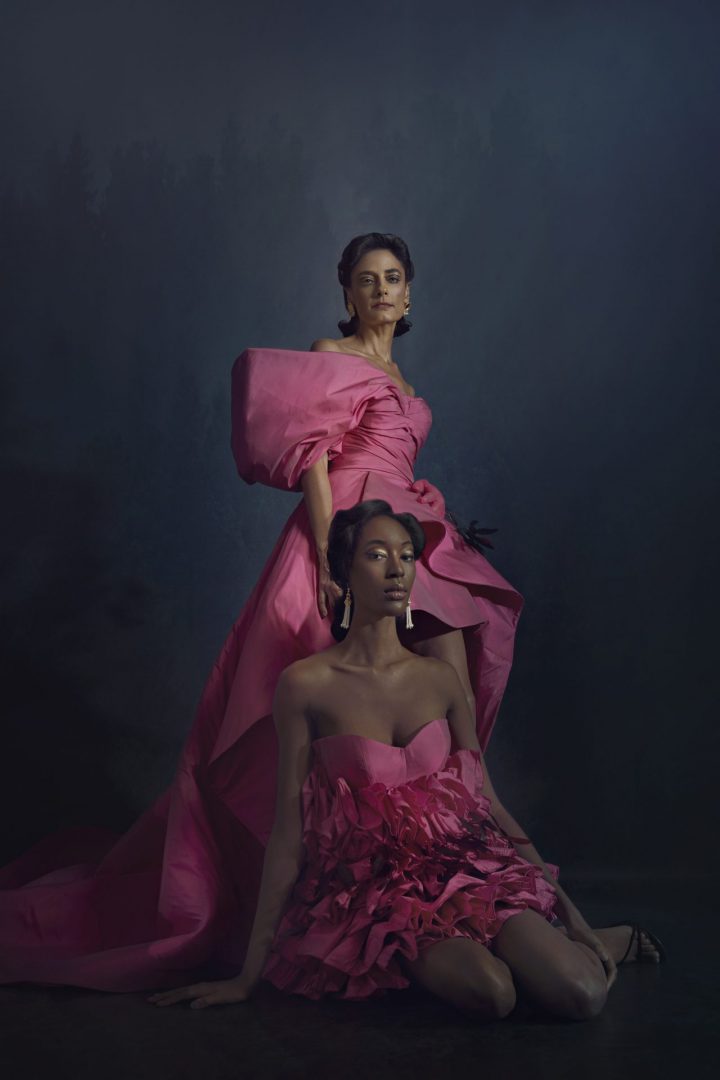 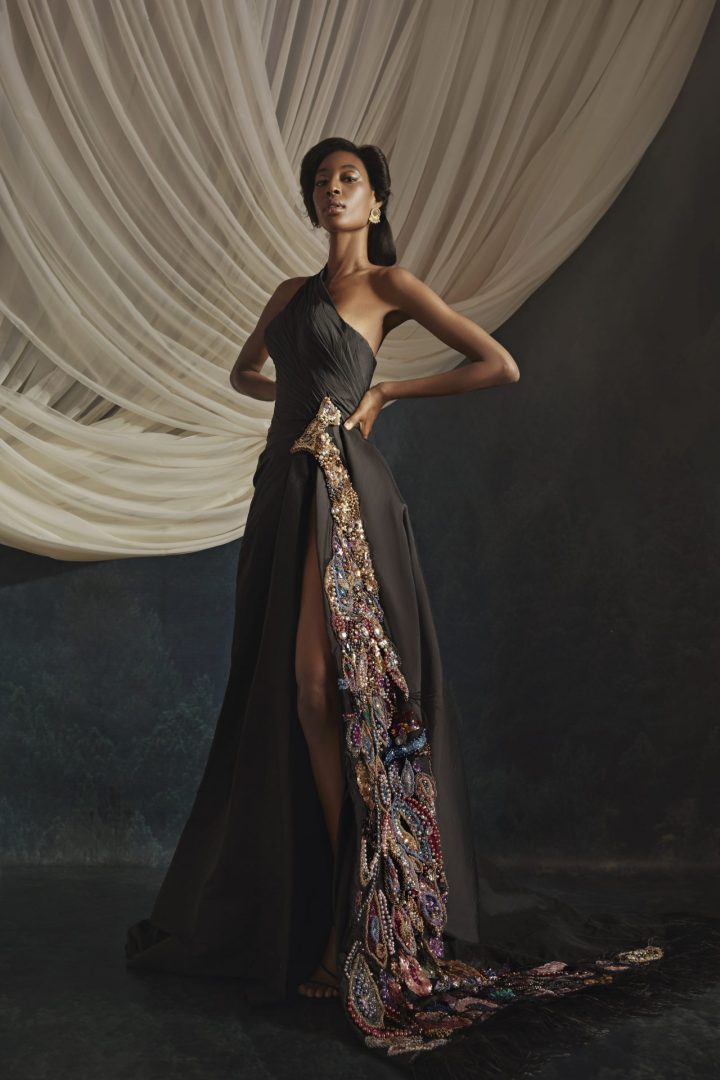 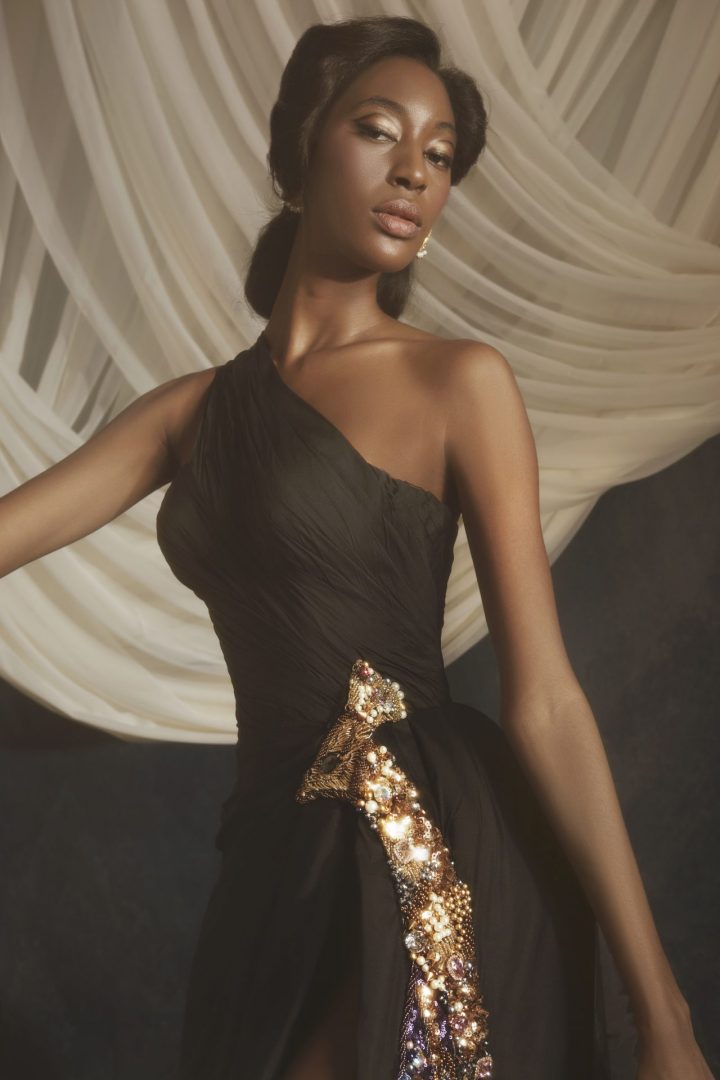 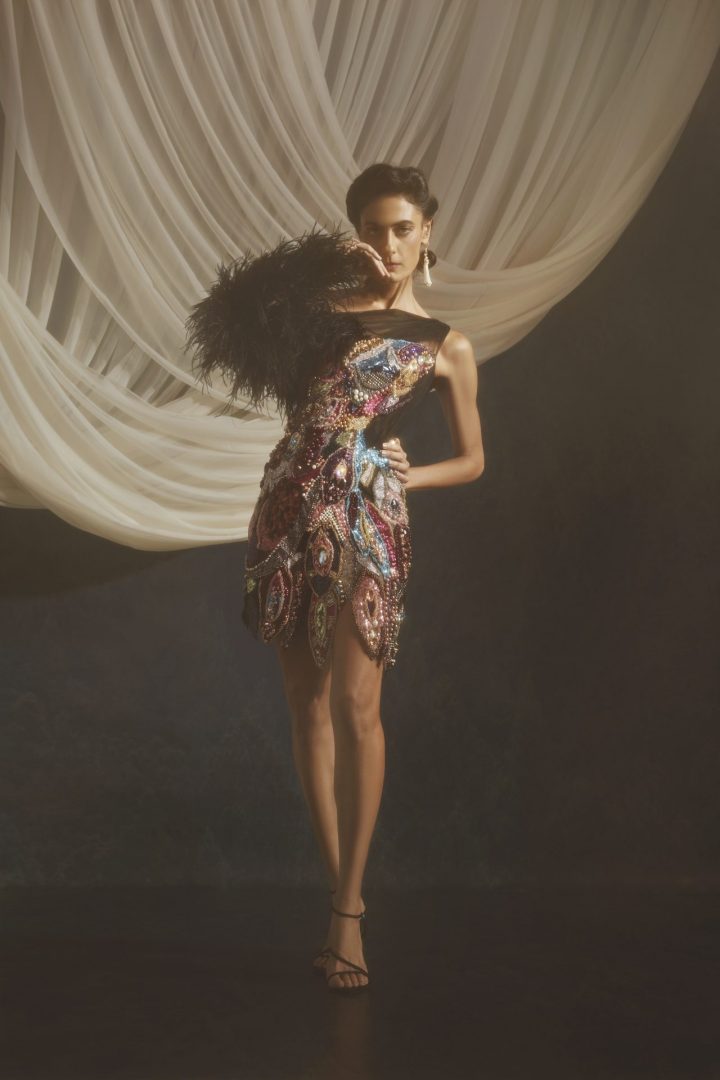 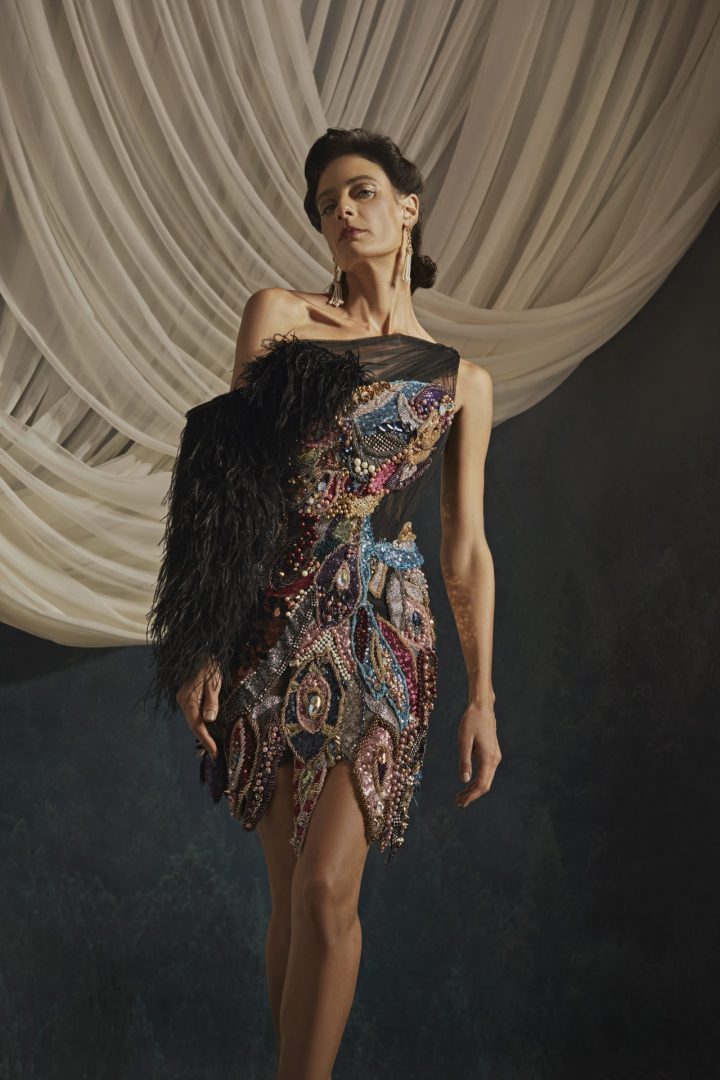 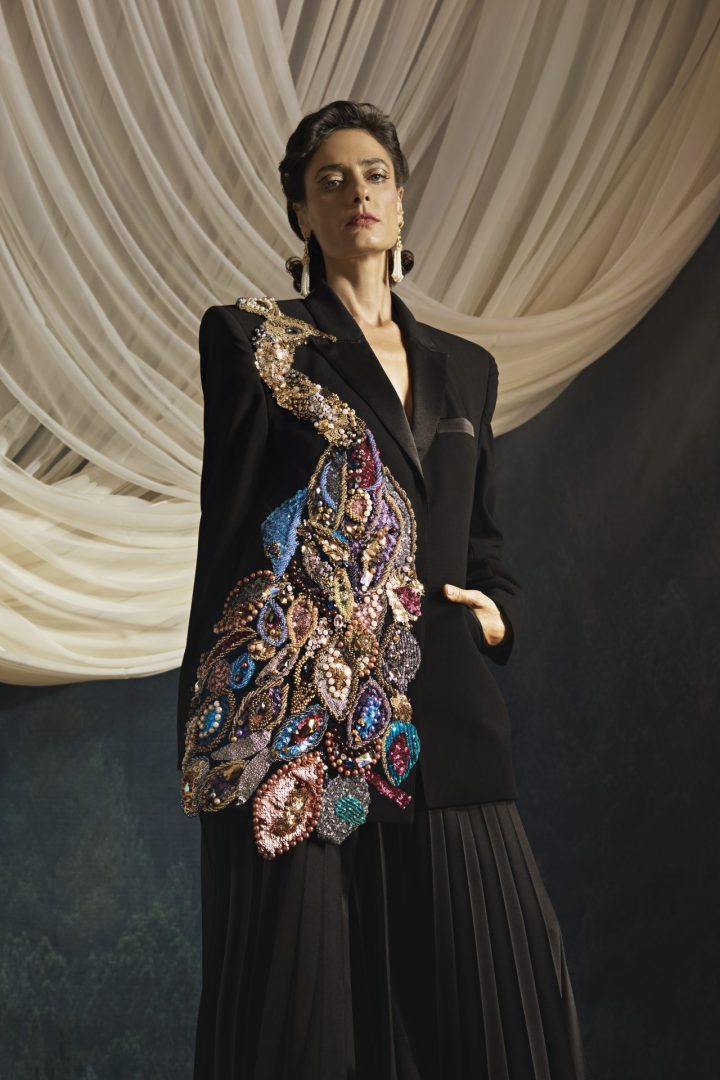 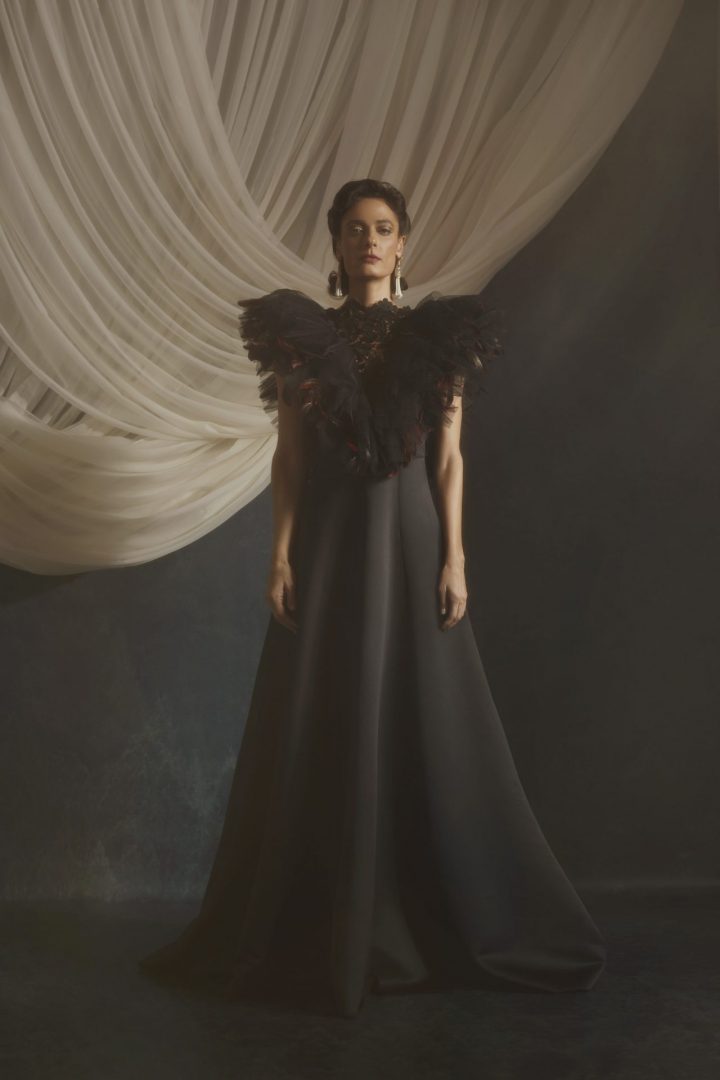 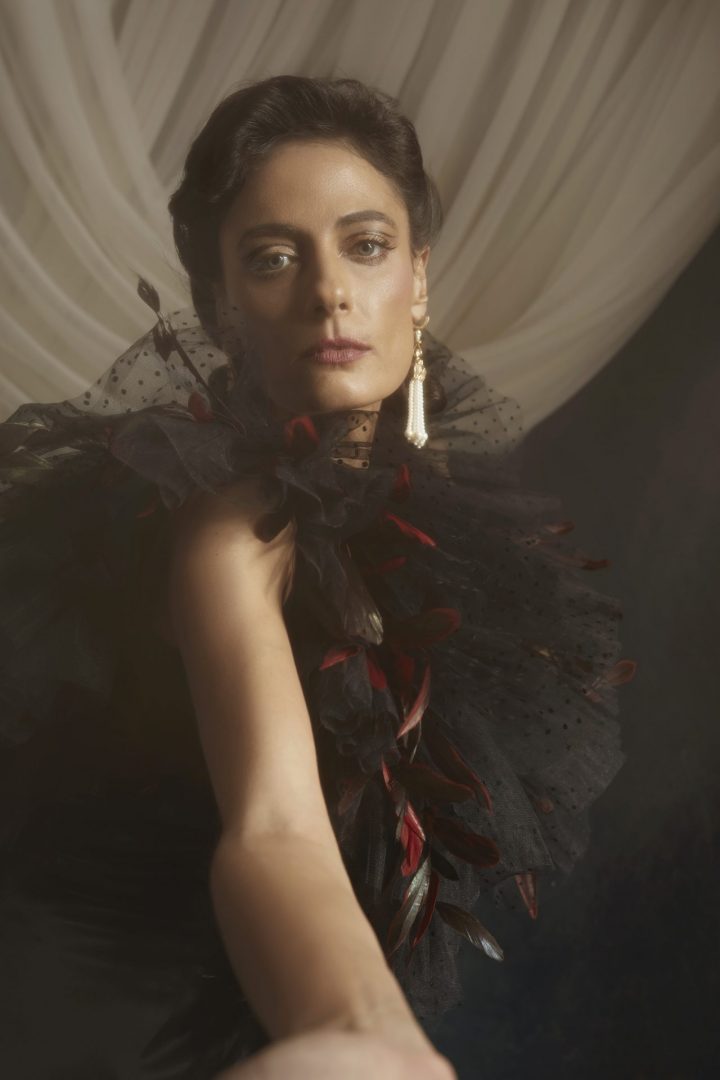 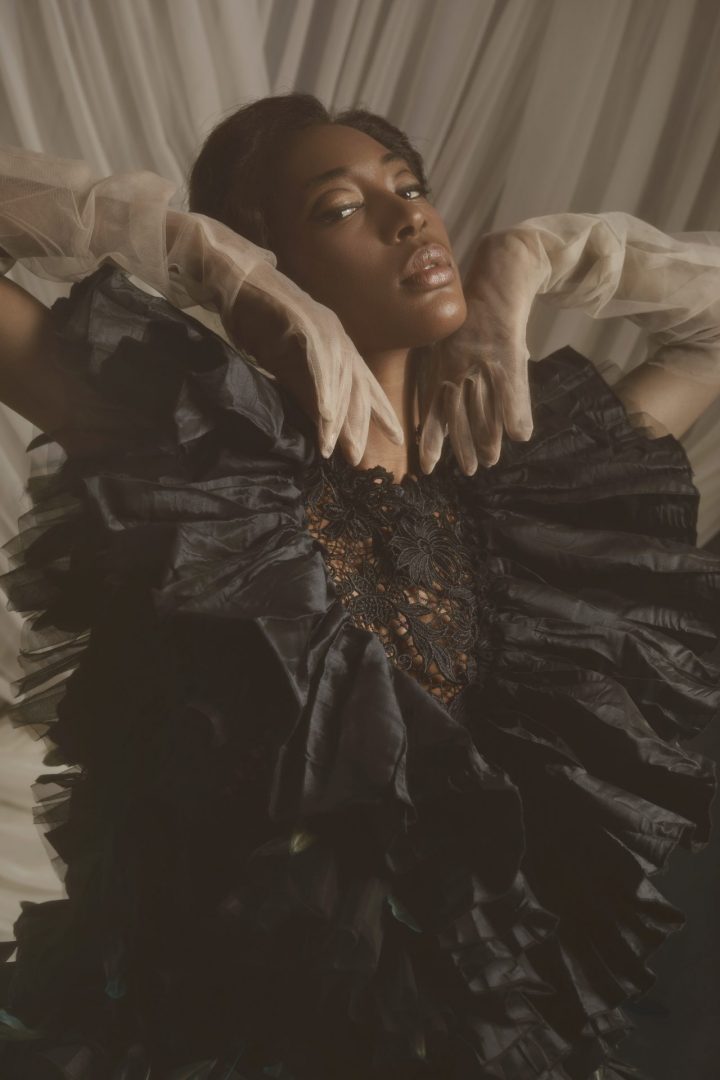 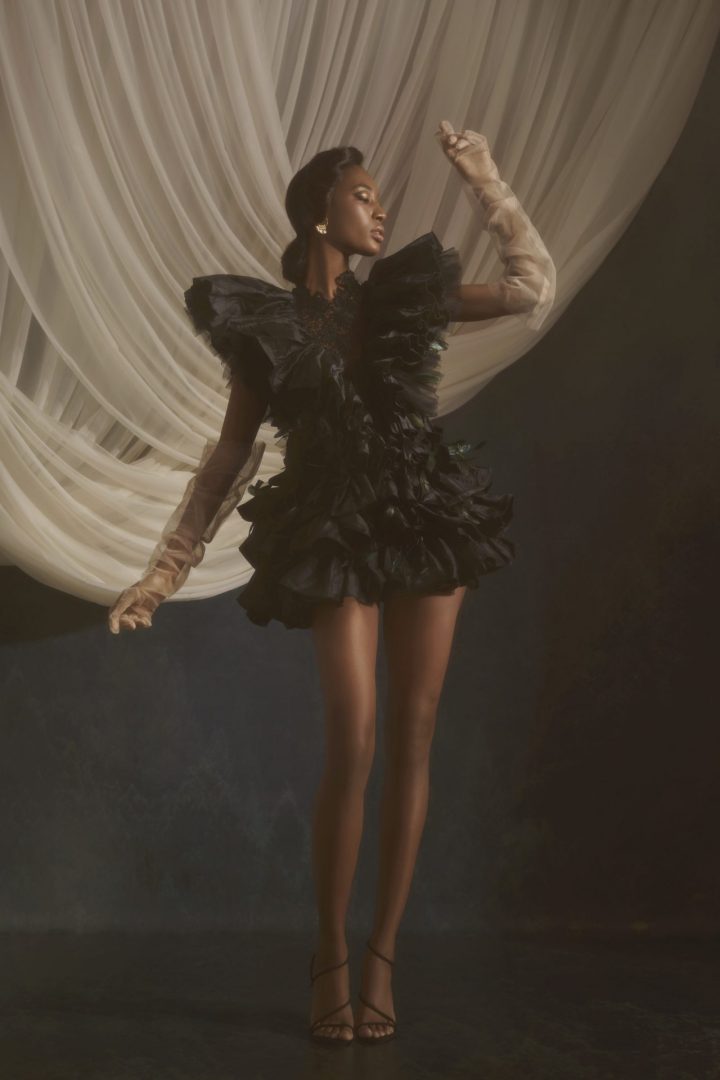 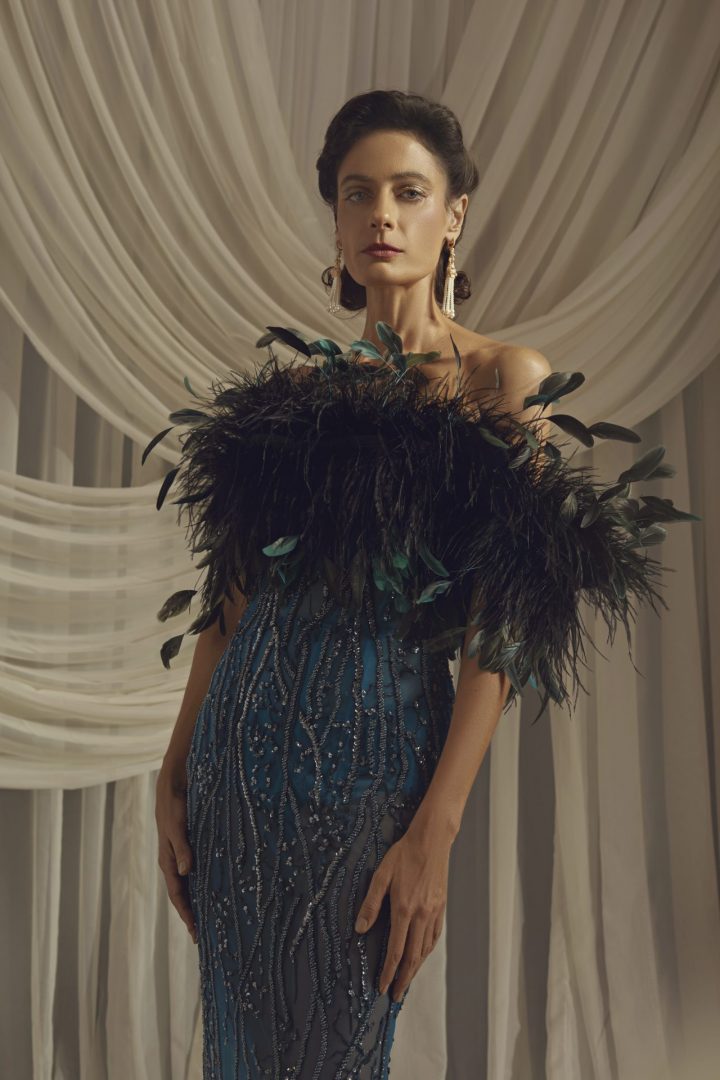 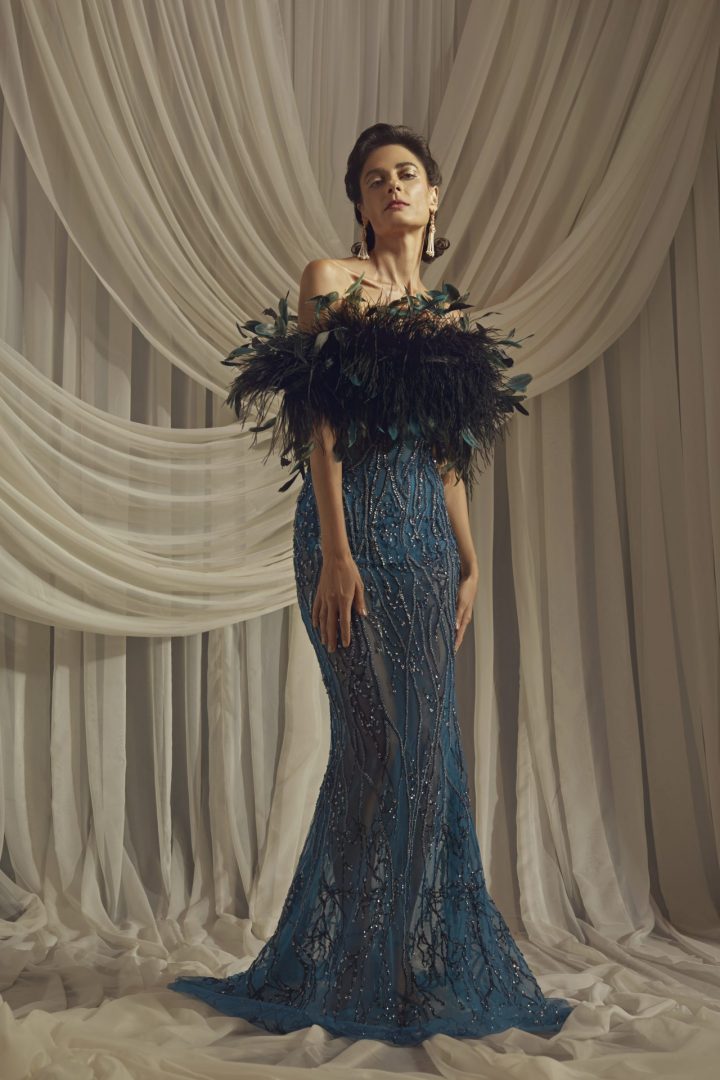 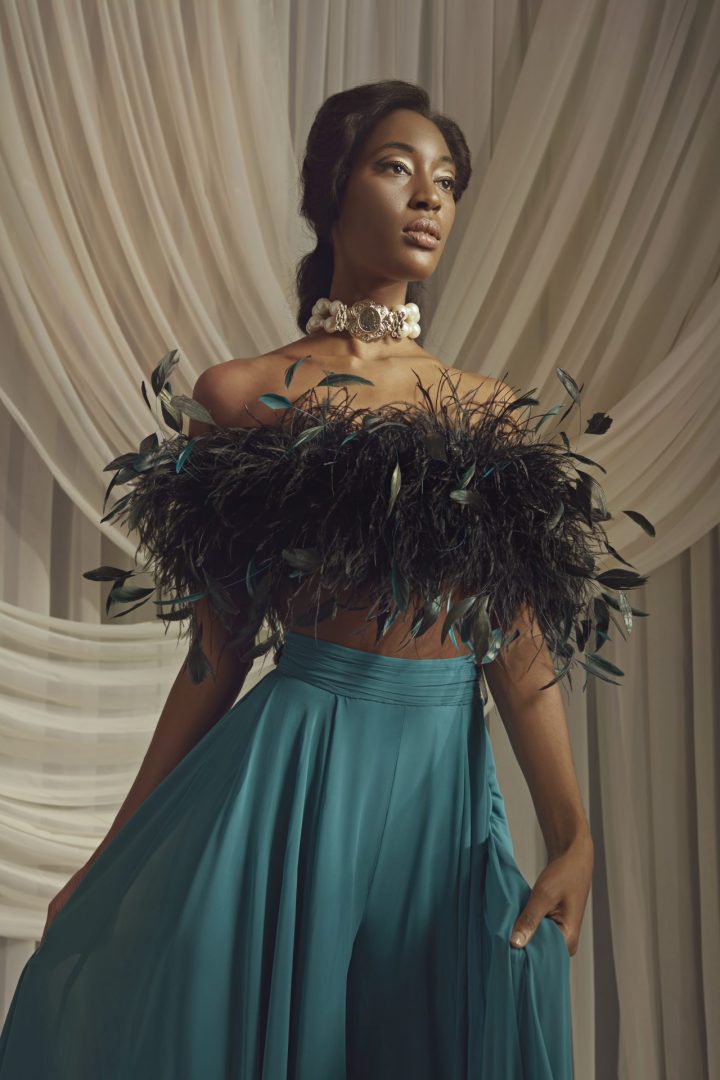 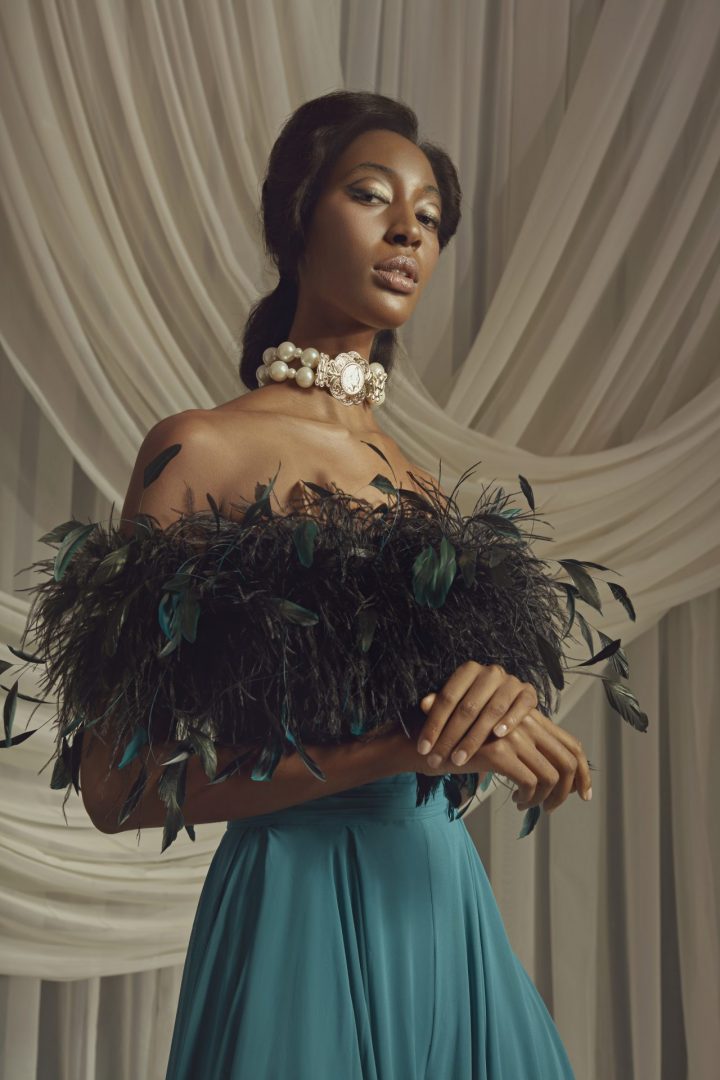 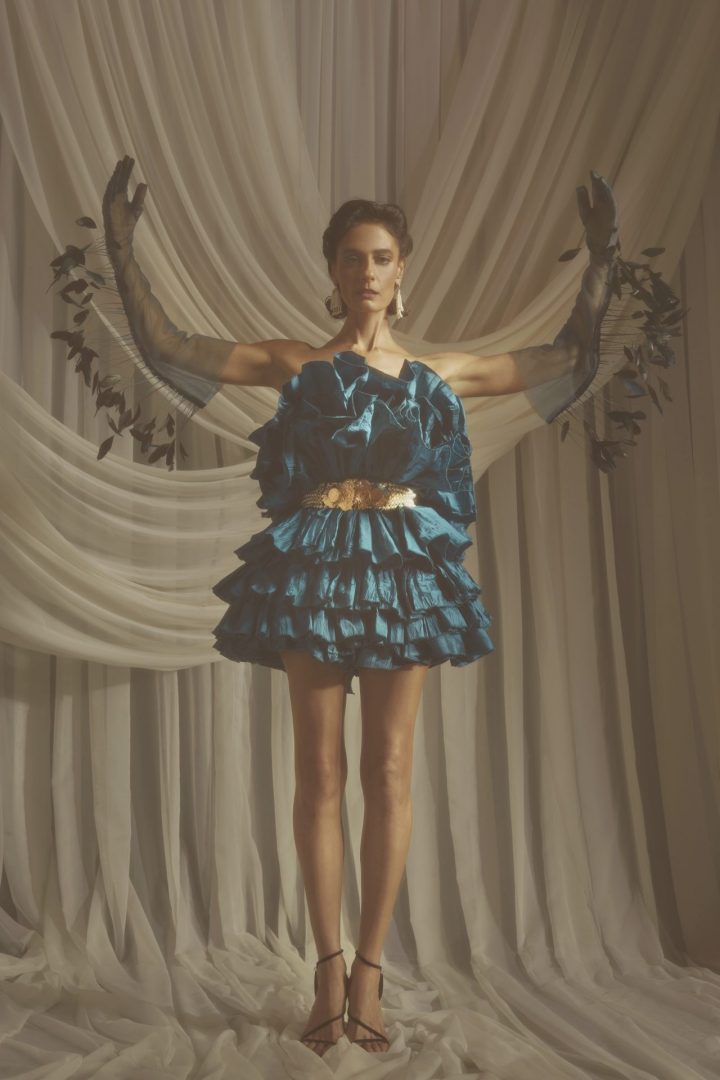 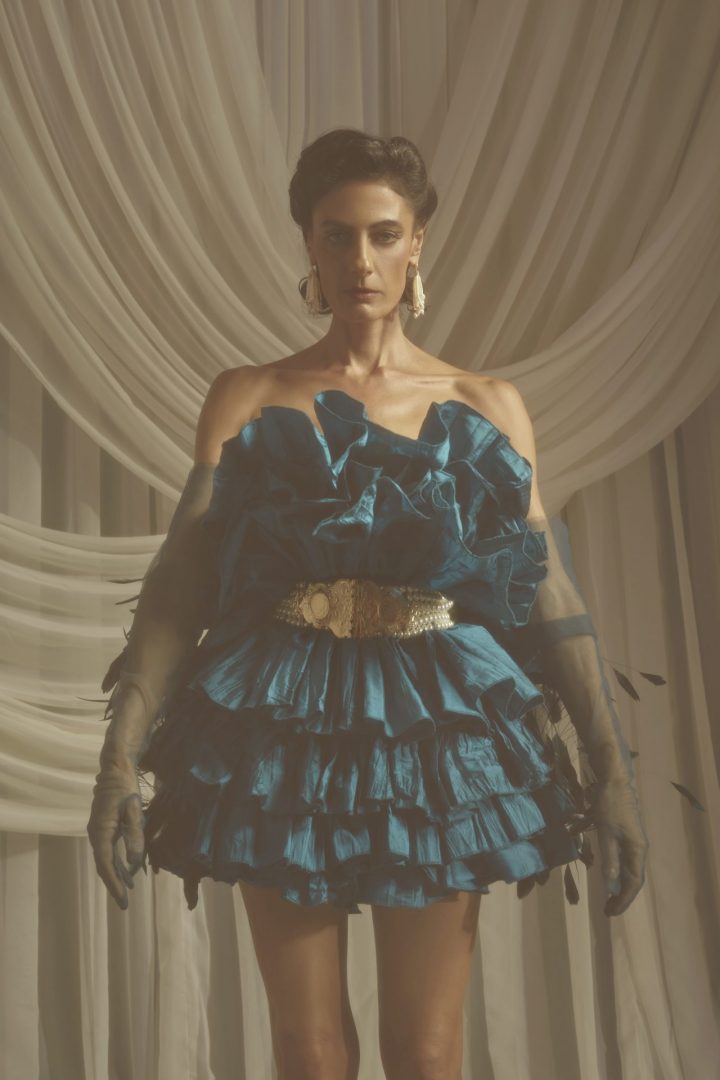 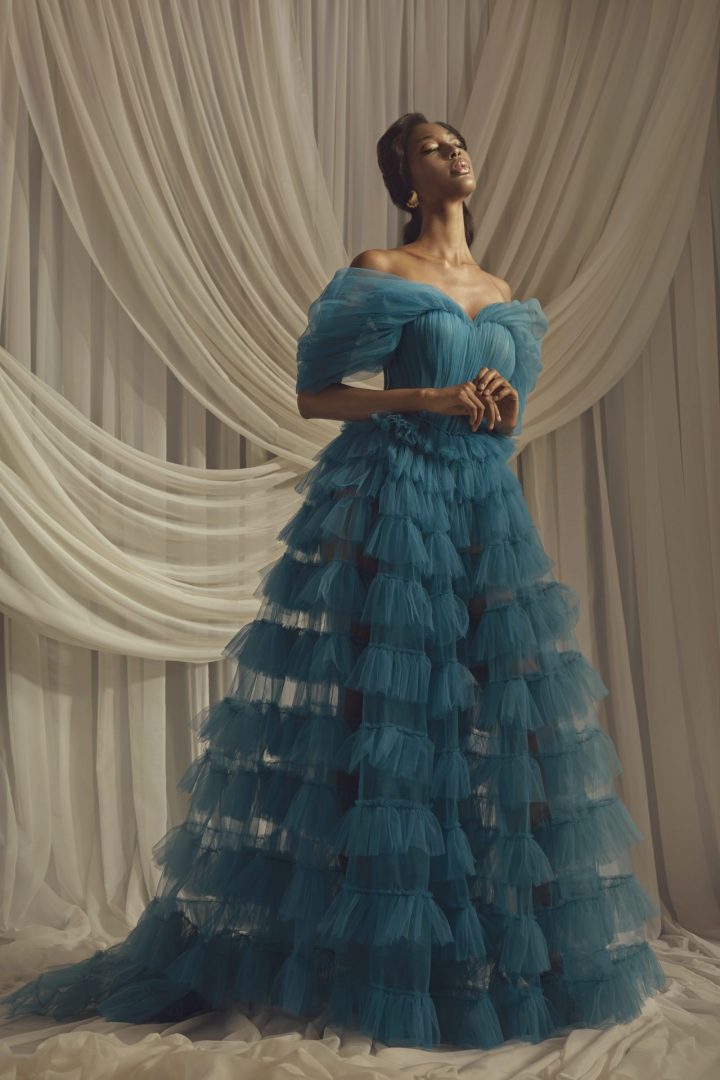 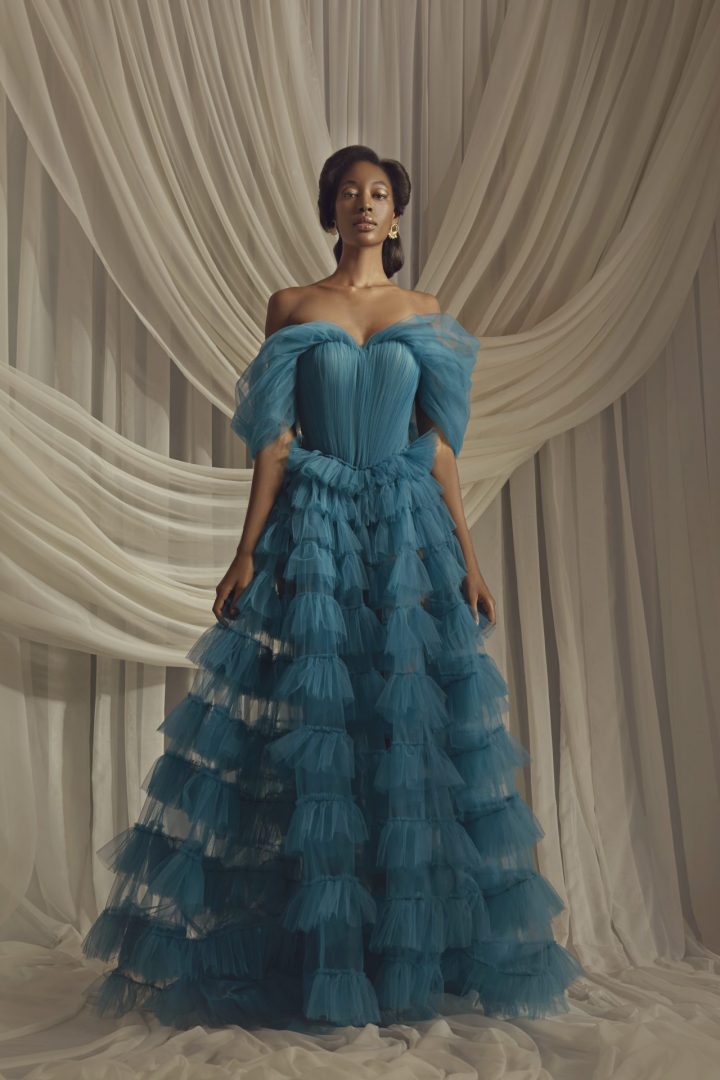 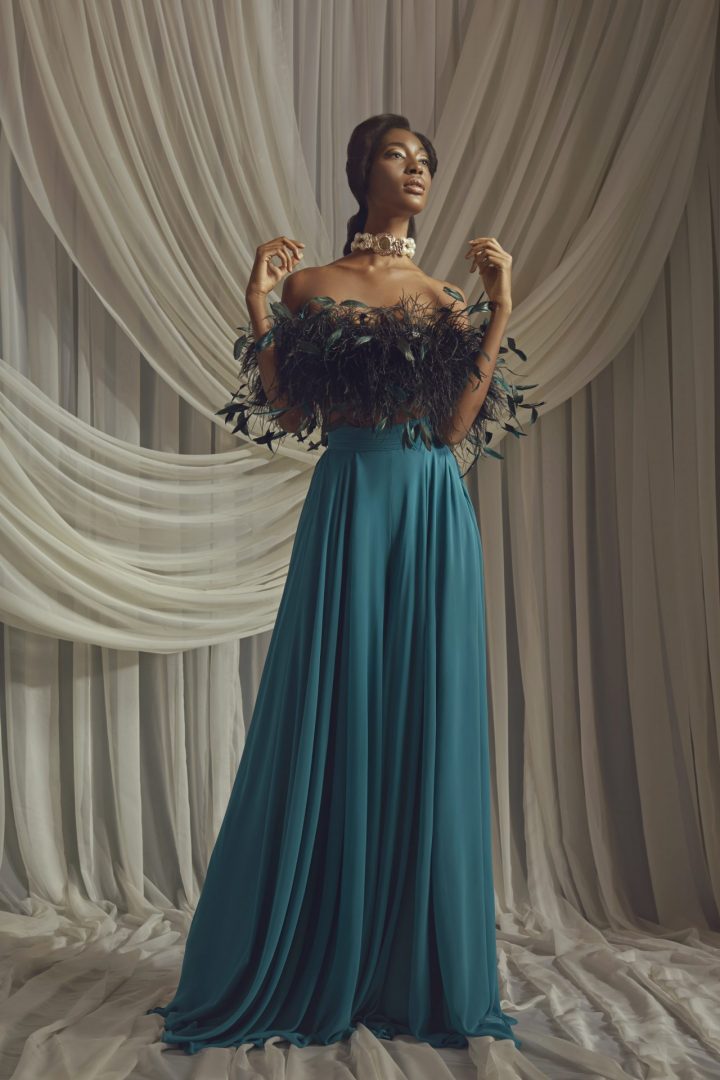 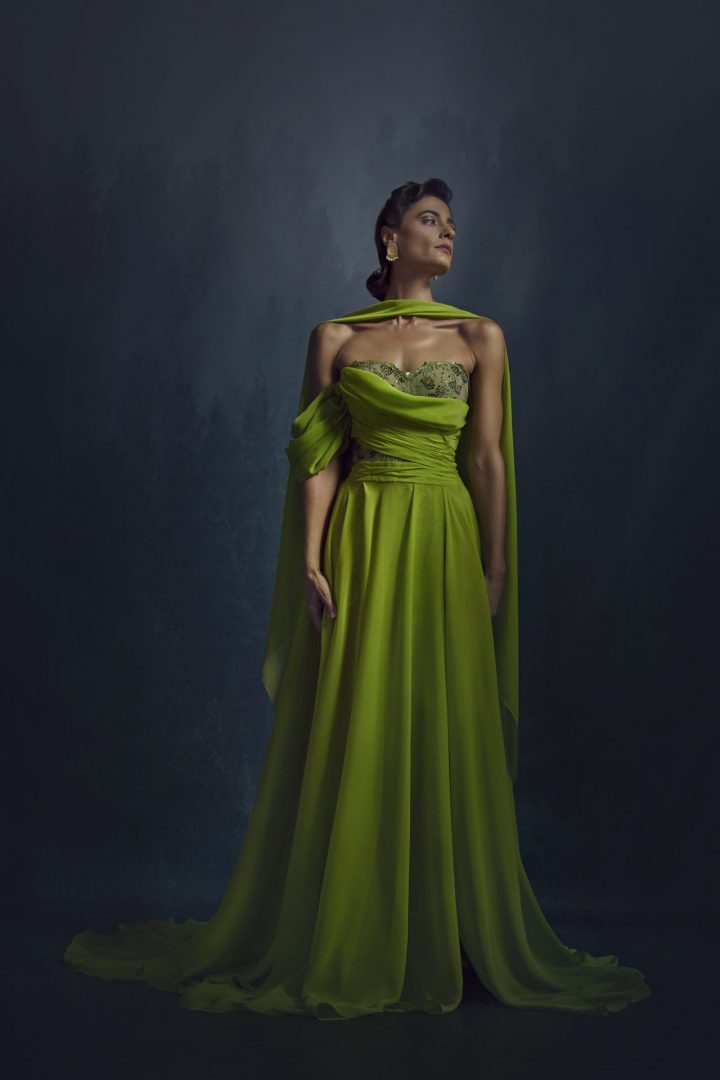 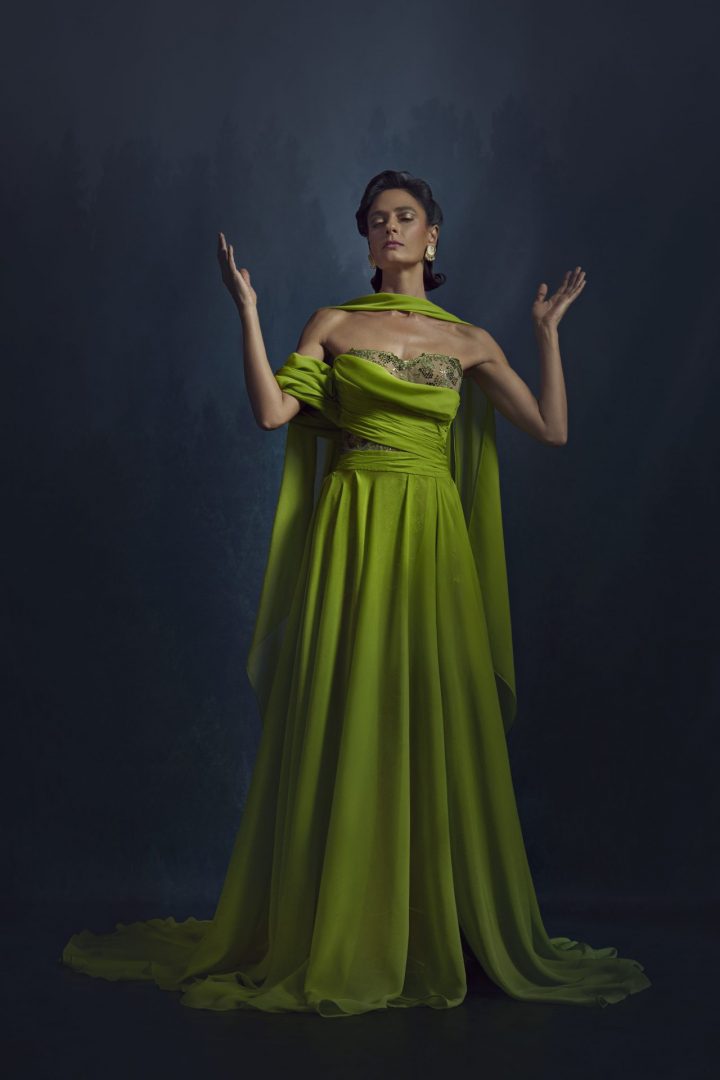 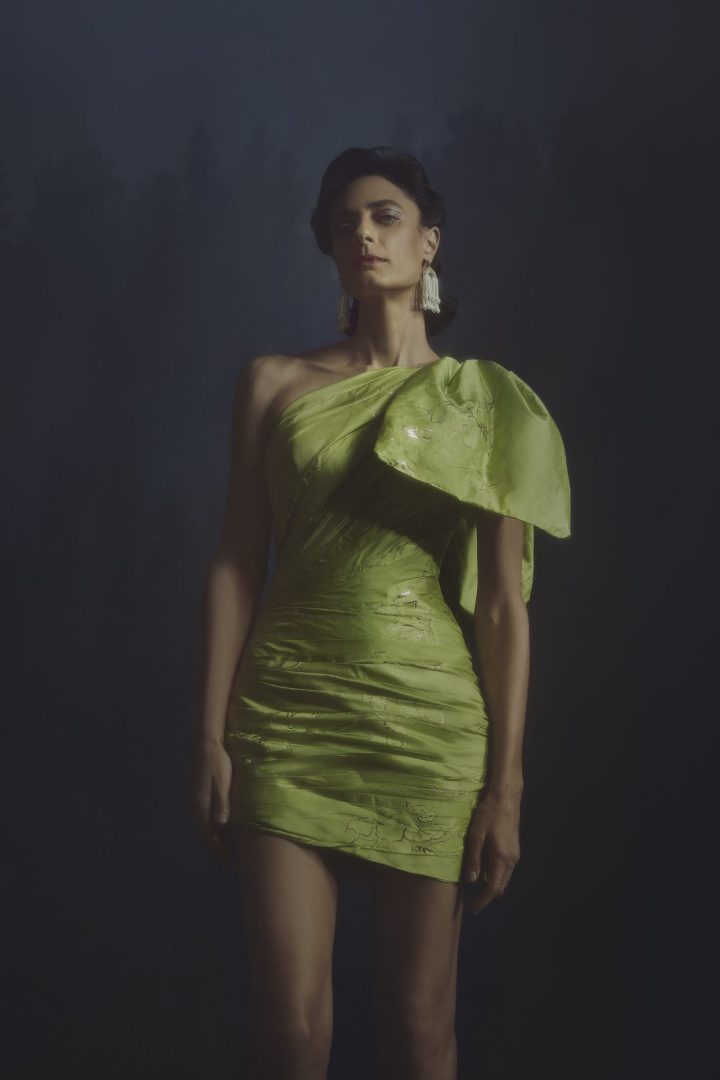 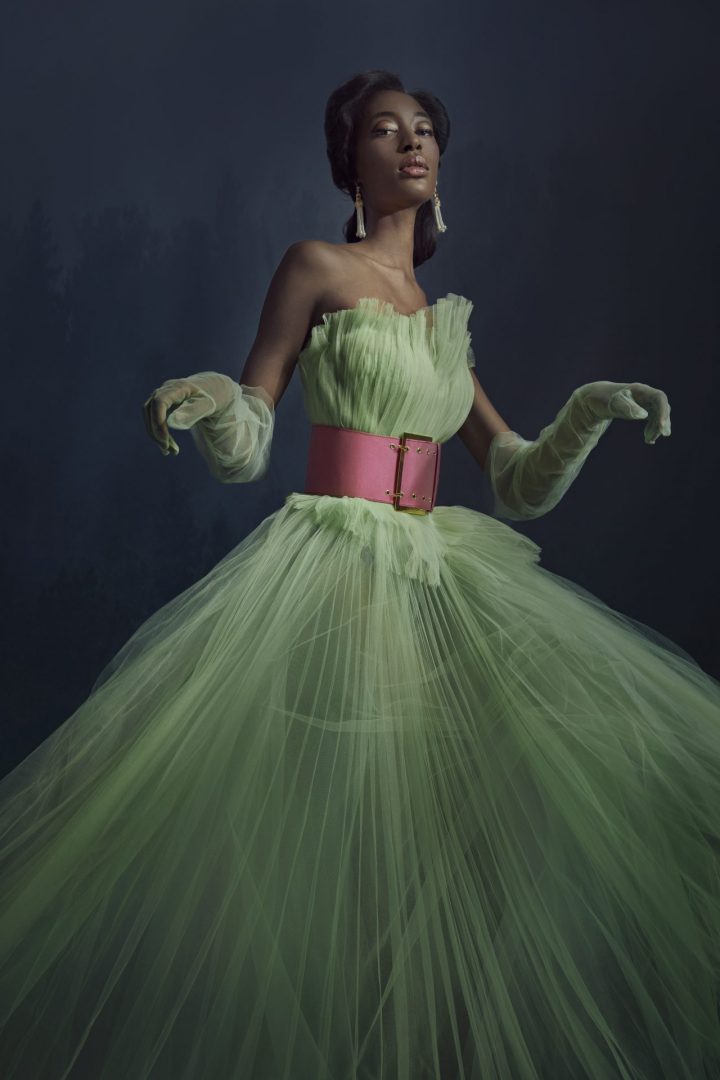 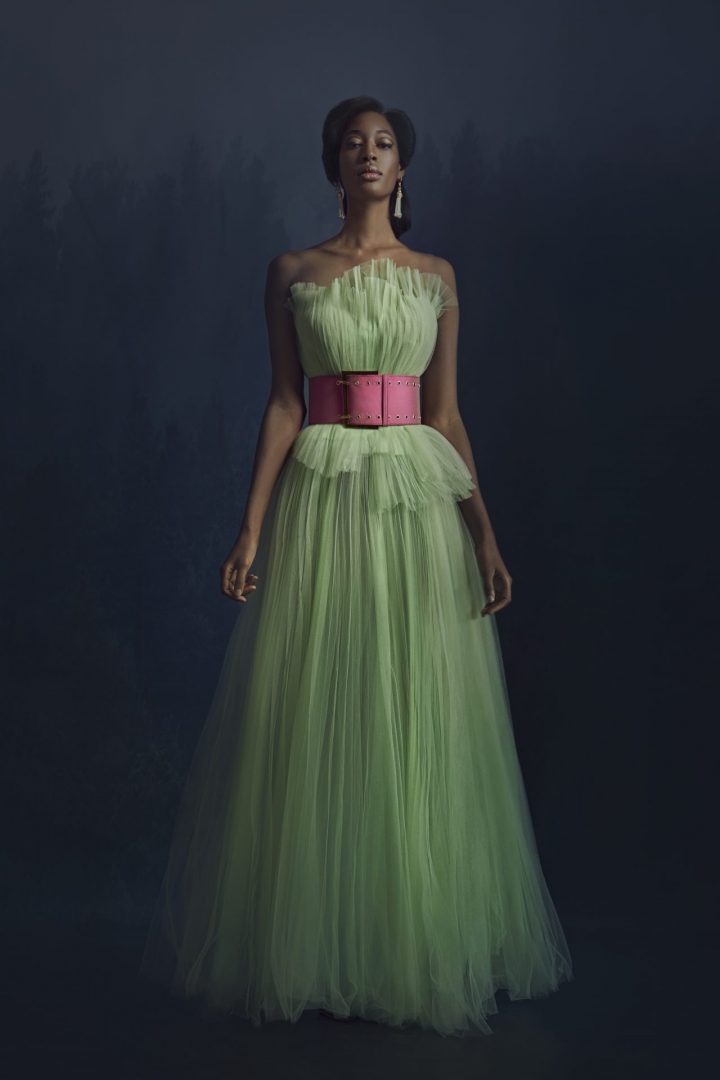 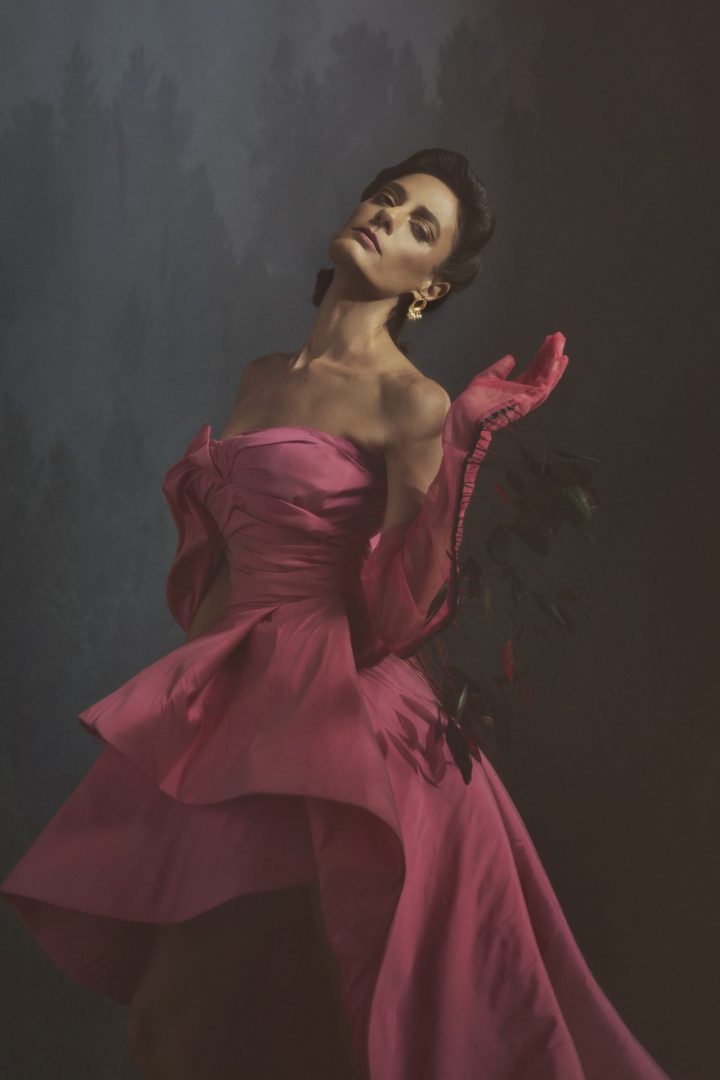 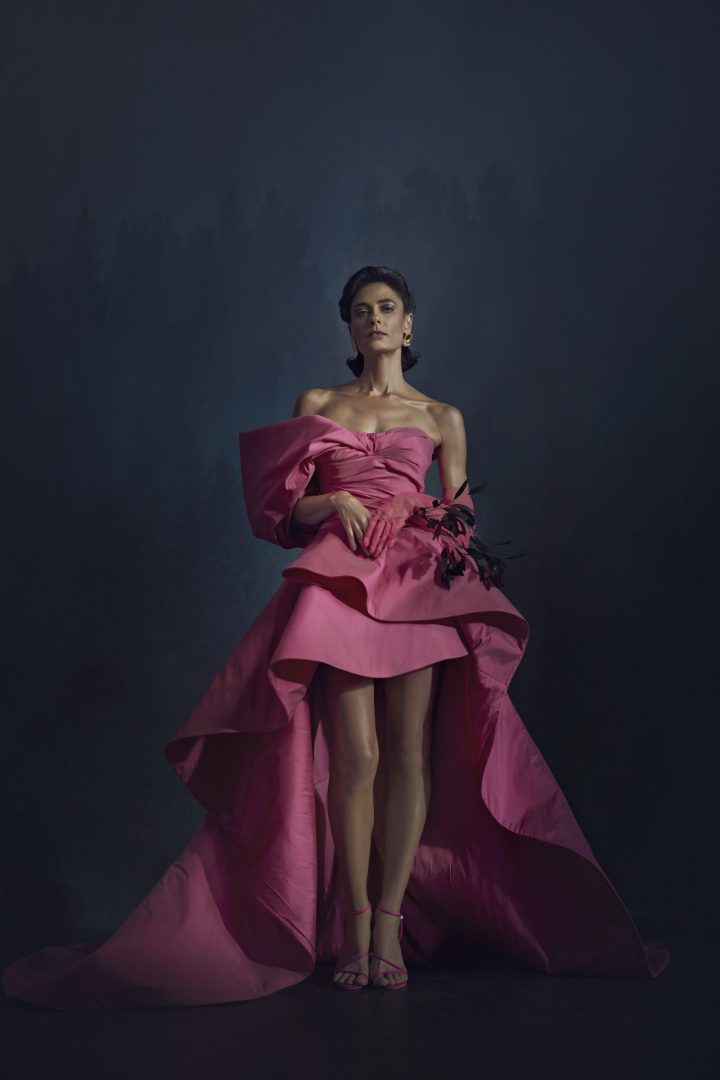 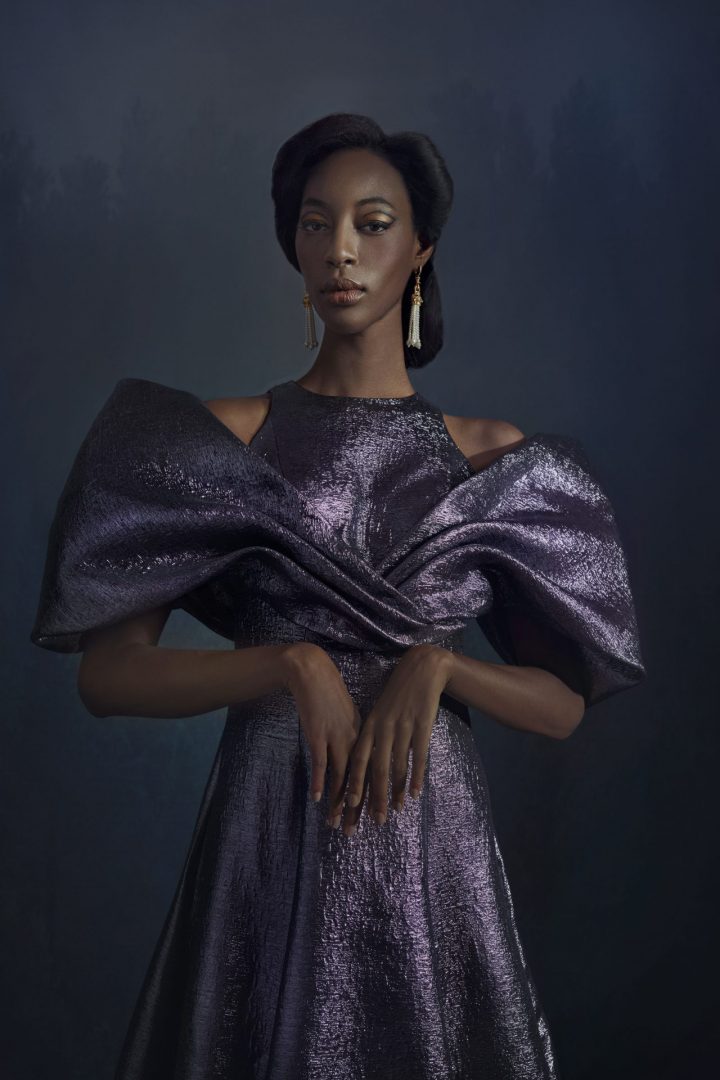